John Hlavacek to be Inducted into Journalist's Excellence Hall of Fame

Saturday evening, John Hlavacek will be inducted into the Omaha Press Club's Journalists of Excellence Hall of Fame. John served as a foreign correspondent in China during World War II and later as bureau chief in India from 1944-1952. Following this, from 1958-1963 he was the NBC bureau chief in Havana and Miami before moving to KMTV in Omaha in 1964.

John is also the author of several books, detailing his time in each of these positions around the world. They inlcude Letters Home: An American in China: 1939-1944, United Press Invades India: Memoirs of a Foreign Correspondent, 1944-1952, and Freelancing in Paradise: The Story of Two American Reporters Who Supported Their Family by Covering Turbulent Times in the Caribbean, 1958-1963, which he co-authored with his wife Pegge Parker Hlavacek.

John's wife, Pegge, was also a foreign war correspondent in places such as China, India, and Pakistan, and reported with John from the Carribbean. She is the author of several books, (which John editied) including 'Teen Topics by Pegge Parker, Alias Pegge Parker, Diapers on a Dateline, Slow Boat to China, and Slow Boat to Pakistan. The books chronicle their lives in exquisite detail, as they documented their journeys writing letters, articles, journals and preserving momentos and artifacts throughout their lives. 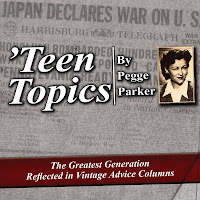 Dave Hamer, Deanna Sands and Dottie Hayes Sater will also be inducted into the Journalist's Excellence Hall of Fame Saturday evening. For the official press release visit http://www.omaha.com/article/20100421/NEWS02/704219889. For more information about John and Pegge Hlavacek, visit http://www.hluckybooks.com/.
Posted by Concierge Marketing and Publishing Services at 12:32 PM No comments:

First the Broccoli, Then the Ice Cream is Now Available!!

Today is the offical launch of Dr. Tim Riley's new book, First the Broccoli, Then the Ice Cream: A Parent's Guide to Deliberate Discipline.

Library Journal gave it a Starred Review, and said the following:


"Psychologist Riley has written an ideal parenting book on discipline. In fact, his advice transcends his own subject and could easily serve as an entire parenting philosophy. Riley's style is warm and engaging, and he clearly cares for children and their well-being. Riley's solid contribution is highly recommended."

Gail Reichlin, Executive Director of The Parents Resource Network and co-author of The Pocket Parent said:


"With clarity, wit, and wisdom, Dr. Tim Riley offers a key understanding of why children do what they do as he skillfully guides moms and dads in developing their own structured approach to effective discipline. Parents will appreciate the friendly tone, real life examples, and sensible, specific strategies for a variety of common challenging behaviors."


"If you think reading this book will magically lead to the perfect child, you will be disappointed. But get this book if you're interested in learning how to raise your child or adolescent in our complex world. You will find clear, common sense recommendations supplied alongside real world examples."

To learn more, visit http://www.firstthebroccoli.com/.
The book is available at your favorite bookseller or online at the following retailers:


Posted by Concierge Marketing and Publishing Services at 12:04 PM No comments: